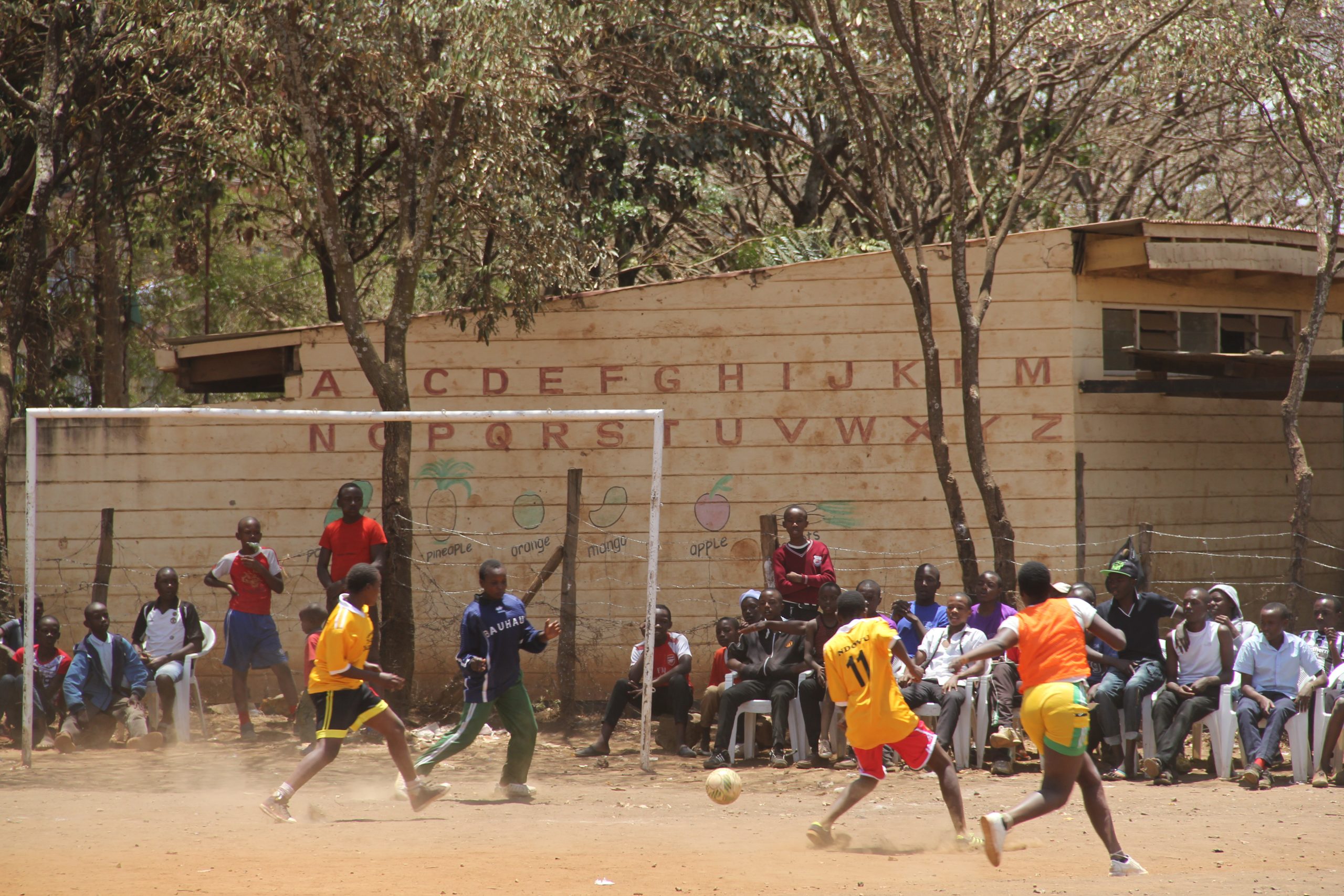 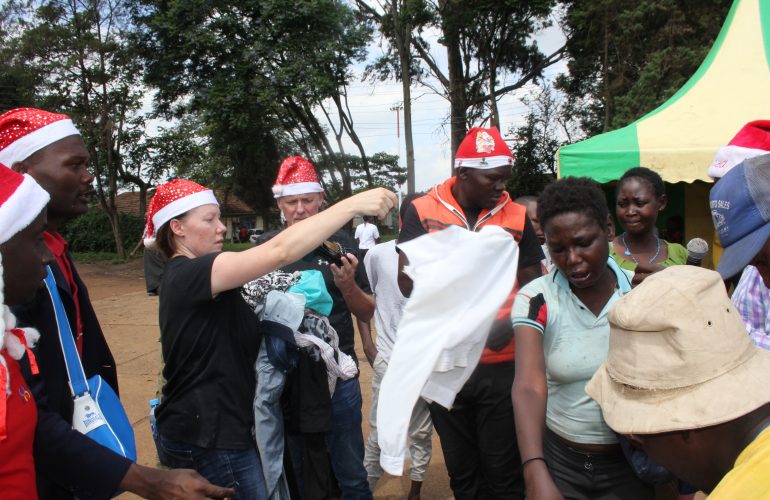 For the 3rd year in a row street families and children had the best of life and wonderful time to celebrate Xmas at Mathare Kosovo Area on the 25th December 2019.

Activities included; Cooking and eating the Chapatis, Beans and rice and drinking the juice and biscuits.

There was also Distribution of clothes received from friends and partners of Cota Kenya.

Ms. Ratcliff, a nurse by profession, who was in the country the previous day, was so delighted having participated in cooking the Chapatis besides donations, a new art she leaned of cooking chapatis!

The street families had a great time competing in dances, songs and airing out their views and asked to be included in other social engagements.

The MC of the Day was Hon. Happy Alphonce, who was a partner and gave inspirations to the street families besides giving donations. 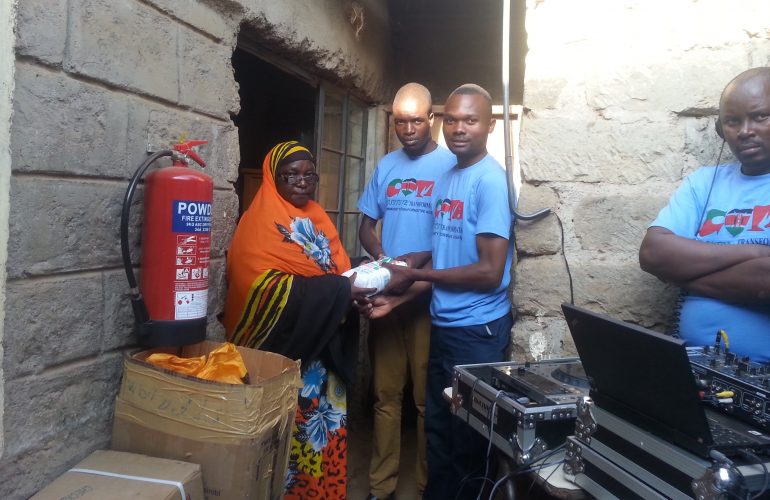 There can never be sustainable development if orphans are not taken good care and none minds their welfare, to create the culture of giving back to those we feel really need the most.

That was the main reason for Saturday 17th October 2015 visit to Villa Teag Mondoazurro, a children’s home that was founded in 2003 by the Late Hon. Mugabe Were, Member of Parliament Embakasi.

The reason why he set it up was to cater for the orphans who dropped out of school due to HIV/AIDS prevalence. Hence the young kids used to go and scavenge for food at the dumpsite. The environment was also a threat to the orphans for the innocent kids were exposed to drugs and substance abuse, crime, violence, early pregnancies/early marriages and the reality of primitive abortion by quacks.

Currently there are 34 children in the children’s home from primary, secondary schools. 2 male doing business management and CPA and 2 female doing vocational courses, hairdressing and tailoring

Once they complete their studies they are required to integrate with the community and also give back to the children’s home in any way they can.

Activities included; Speeches to inspire the orphans, cleaning the area, wash utensils, cook, play with them then have a forum, where we will talk to them and inspire them. We will talk of subjects like, drugs and substance abuse, HIV/AIDS, share stories of great men like Safaricom CEO Bob Colymore, who used to wash toilets as a youth etc

We were joined by Mr. Silas Michael Manager Cooperative Bank. Special thanks to Kenafric Industries, Local traders and Dandora Community for their donations. 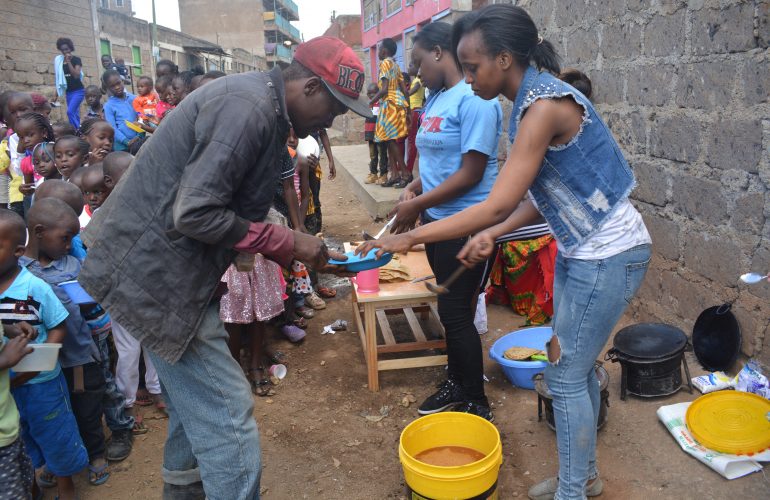 Christmas Celebration with the less fortunate in Dandora

On the 1st of January 2018, all roads led to Dandora Gitare marigu area, to celebrate Xmas with the less fortunate in the community.

What caught our attention is the leading role of the youths and community who donated the Sufurias, Tables, jikos and also volunteered to cook and serve.

Our mission for making one child smile was accomplished, as we made 300 smile when they received clothes and food!

Mr. Oure, a youth leader and boxer in the community team, thanked Cota for coming through and asked that we should always consider this area from time to time, he also thanked the donors for the clothes and for coming to Dandora assuring them that the youth have reformed and are now responsible, hence they should continually feel welcomed to visit anytime.

CPA. Jobiese Richard, also thanked the youths for donating the tools for cooking, serving and cooperating to make the process peaceful and successful.

Special thanks to Friends of COTA and members contribution to make the event a success.